2017 saw the the biggest year-on-year rise in reported knife crime, with a 22% increase across England and Wales. More worryingly, an increasing percentage of the victims were children aged 16 and under.

To highlight the important role community groups have in reducing youth violence, and to promote the views and recommendations of our members working at the grassroots to tackle this issue, we have produced the following report which can be downloaded HERE.

In this article taken from our report, George Turner at Sported member group Carney’s Community shares his views and experiences.

“Much of the media attention on youth violence is focused on gangs which frustrates me. Yes, there is a gang element to it, but the wider public needs to understand it impacts everyone. Because of the greater perceived risk – in the media and online – young people are carrying knives to protect themselves. We have had five participants murdered in the last 14 months and none of them were ever identified as gang members.” 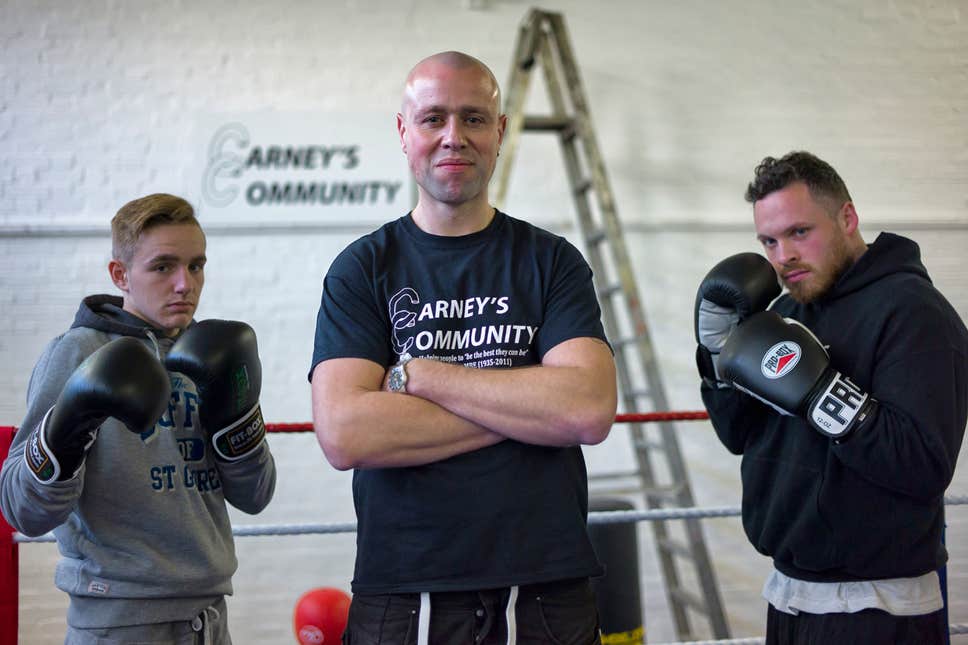 “What many people fail to understand is that you can’t fix it in the short-term. It’s a very long-term issue caused by years and years of people feeling marginalised and excluded.

“If you look at the young people committing these offences and stabbings, many of them would have been educated in Pupil Referral Units – that’s not necessarily blaming them; if anything it’s blaming the education system and schools who are excluding them too quickly. Excluding them means they go to Pupil Referral Units where they get only a few hours of education a day and are only associating with other people who have been excluded from school, making them feel even more marginalised.

“Being marginalised increases the risk of stabbings, because if you’re angry with society, you’re not going to feel like you’ve got anything to live or fight for. So you’re more than happy to go out and put your own and other people’s lives at risk.”

“Feeling excluded and marginalised has a massive impact on your emotional and mental health, especially as a young person. One of the things we regularly see is a pattern of growing up in a household of domestic abuse. Witnessing and being victim to domestic abuse has a huge impact on a person’s well-being. It’s traumatic, especially as a child when your brain is still developing. When that stress manifests itself in the hormones in your brain, it stops you from being able to rationalise and think properly about the consequences.”

“These problems are confounded if you don’t have access to positive activities with positive role models who are able to demonstrate that violence and abuse is not the norm. We need to provide some real options and real access to opportunities for these young people. Most importantly, they don’t have the family and friends to vent to, who can give them advice around how to deal with difficult situations and conflict in the work place.”

The need for holistic support

“Getting them into a job is part of the journey, but more aftercare is needed to help them maintain that job. Yes, that support should come from the families, but the reality is we’ve got many families who are not capable of giving that support. Whether it’s because they were poorly parented themselves or because they are under so much stress and pressure to maintain the family and bring in money to pay the bills and put food on the table, they are not able to offer the level of support needed.

“Whilst we want parents to work, equally we want them to be parents to their children. When you’ve got broken families that makes it very difficult. Even when you’ve got parents who want to do the right thing, it’s getting them to find that right balance.”

“Knife crime is a symptom of many things. It’s the same risk factors that are related to extremism, substance misuse and all sorts of other social problems. Rather than fight these symptoms, we need to be focusing on the causes and recognise that they need a long-term response.”

Carney’s Community in Battersea, is a charity using boxing and mentoring to turn around the lives of disadvantaged young people.  For more information, please visit www.carneyscommunity.org